Special Consideration of the Surrogacy “Journey” and its Joint Undertakings 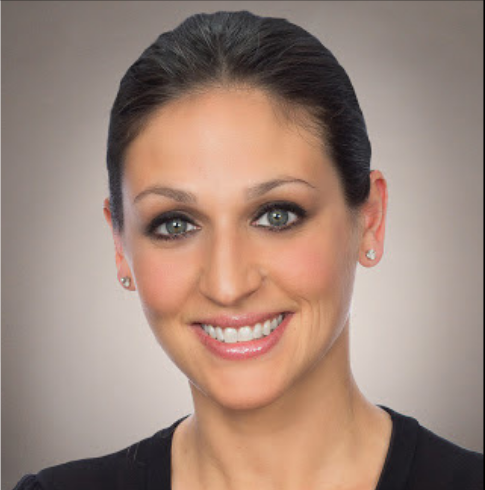 On February 15, 2021, the Child-Parent Security Act (CPSA) became law in New York. Codified as Family Court Act Article 5-C, the CPSA is a revolutionary and sweeping new law that applies to children conceived using assisted reproductive means including gestational surrogacy. Gestational surrogacy is, an arrangement in which a woman (the “surrogate”) enters into a “surrogacy agreement” to become pregnant with and give birth to a child to whom she has no genetic connection, with the intent that someone else (the “intended parent(s)”) be the child’s legal parent.

The new statute repeals New York’s antiquated ban on compensated gestational surrogacy (formerly in Domestic Relations Law Article 8). In its place, New York now has a carefully crafted regulatory scheme, based on best practices for enforceable surrogacy agreements and orders of parentage, that defines legal parentage with reference to intent and consent to be a parent, rather than the traditional principles of biology, marriage, and/or gestation.

A cornerstone of the law is the requirement that surrogates and intended parent(s) are “represented throughout the contractual process and the duration of the contract and its execution by independent legal counsel.” To many of us who spend our days supporting polarized interests in high conflict family matters, it initially may be difficult not to interpret this governing principle as promoting zealous advocacy over collaboration. However, with further consideration given to the realities of typical surrogacy arrangements, the CPSA is more fairly read as recognizing that practitioners can best serve their clients’ needs by acting as counselors with a common interest, rather than litigators in an adversarial arena.

Indeed, that is the only approach that is consistent with the law’s intent to establish a parent-surrogate relationship that includes legal obligations and responsibilities, but which also requires trust and conciliation. Which is not to say that practitioners must not recognize that surrogates and intended parents necessarily have certain conflicting interests. But it is to say that as we begin to engage with surrogacy arrangements—and no doubt encounter some difficult issues of first impression—we remain guided by the mutuality of the “leap of faith” that surrogates and intended parents are taking together.

With that backdrop in mind, this article analyzes and aims to demystify the legal relationship between parties to surrogacy agreements in New York state by focusing on how these relationships are created, fostered, and codified in binding contracts, the special character of the parties, and the true collaboration that results.

The CPSA scrupulously supervises the practice of gestational surrogacy in New York by prescribing in detail the necessary elements of an enforceable surrogacy agreement and the eligibility requirements for participation in these arrangements. These requirements are modeled, and in some cases expand upon, established best practices in the world of assisted reproduction. For example, the CPSA is the first surrogacy legislation in the nation to include a “Surrogate’s Bill of Rights,” which enumerates specific substantive rights on behalf of the surrogate that must be included in every surrogacy agreement, and which cannot be waived.

Among the statutory mandates that practitioners will navigate is the requirement that all surrogacy contracts “must permit the person acting as surrogate to make all health and welfare decisions regarding themselves and their pregnancy including but not limited to, whether to consent to a cesarean section or multiple embryo transfer,” Family Ct Act § 581-403 (i)(v) (emphasis provided), and “shall not limit the right of the person acting as surrogate to terminate or continue the pregnancy or reduce or retain the number of fetuses or embryos the person is carrying.” § 581-403 (i)(vii). Provisions in surrogacy agreements that purport to limit a surrogate’s autonomy to make these health and welfare decisions are “void and unenforceable.” § 581-403 (i)(v).

In other words, surrogates in New York retain complete sovereignty over their bodies and can make medical decisions for themselves and the pregnancy for any reason or for no reason at all. In keeping with this sentiment, the statute further specifies that there “shall be no specific performance remedy available for a breach.” § 581-409 (c).

On the other hand, assume that the parties negotiate a provision in their agreement that restricts the surrogate’s travel outside of New York state in the third trimester of the pregnancy. That provision would be neither void nor unenforceable and, if at 36 weeks gestation a surrogate learned of a family emergency out of state, she would have to choose between the equally unappealing options of breaching the contract and forfeiting compensation payments or failing her own family.

Naturally, the potential for scenarios like those set out above begs the question: how can it be said that surrogacy arrangements are cooperative endeavors when potentially conflicting interests have such high stakes? Under a statutory scheme that grants such wide latitude to surrogates to make decisions about the pregnancy, aren’t intended parents incentivized to negotiate as restrictive an agreement as possible? What assurances do intended parents have that a surrogate’s motivations for partaking in the arrangement are not purely financial? Equally, shouldn’t surrogates’ attorneys insist on all compensation up front? Should surrogates be counseled to reject contract provisions that purport to limit their behavior and lifestyle choices so that they are not at risk of being in breach?

It is offered here that in grappling with these questions, attorneys, mental health professionals, and others who facilitate and enforce the legal obligations between surrogates and intended parents, give due consideration to the distinctively trusting union between the parties, while at the same time counseling them in advance of the sorts of tensions that will inevitably arise.


Relationships Typified by Trust and Confidence

To understand the extraordinary connection between parties to a surrogacy agreement one must first understand who these parties are and how their relationships come to be.

On the surrogate’s end, the women who pursue this role have been fittingly described as “earth angels.” Almost universally, surrogates are motivated by the desire to help another family and the compensation they receive is a secondary bonus.

In January 2020, a group of 256 women who have been surrogates themselves wrote a joint letter to Governor Andrew Cuomo and the top legislative leaders in the Senate and Assembly urging them to legalize gestational surrogacy in New York. The letter came after the provision had failed when lawmakers raised concerns over whether women who become surrogates could be exploited during that time.

The women wrote:
“There are few things as rewarding as seeing a parent hold a newborn baby for the first time and knowing that you brought that life into the world for them. We have come to this issue from different backgrounds and perspectives, but we share the universal belief that everyone who dreams of having a family should be able to do so.”

The letter went on to explain how the women view their role as gestational surrogates and why they chose that path. “All of us are lucky to have families of our own. We know the incomparable joy that comes from raising children, and also know— from our experiences with intended parents—the deep pain that comes when you are told that parenthood isn’t possible for you. The decision to serve as a surrogate is not one that any of us entered into lightly. We each researched the science and the legal guidelines, learned about the experiences of other surrogates, and thought deeply about the commitment and process involved. For us, it came down to giving the gift of life to people who want nothing more than to raise children of their own.”

Finally, the women explained that “the primary motivation for each of us, and for all the surrogates we’ve come into contact with, is helping a family, not financial reward. Surrogacy today is a true partnership between the woman acting as a surrogate, the intended parent(s), doctors and nurses, and the matching agency.”

Certainly, not every woman holds these ideals or is cut out to be a surrogate. Similarly, not every intended parent is emotionally equipped to relinquish control over such a personal event as the gestation of a child. So how do the special few participants to surrogacy arrangements connect with each other?

It is not just good luck that so many surrogate-intended parents relationships exist in the highly functional manner that they do. The parties most commonly connect through a matching program where surrogate applicants are screened for issues such as their motivations for becoming a surrogate. The select few women who qualify are then given an opportunity to vet and reject intended parent matches, and vice versa, and it is not uncommon for matches to be rejected where views are not aligned.

The CPSA itself provides further assurances of a synergetic relationship between surrogate and intended parent(s). As previously mentioned, the statute codifies many of the industry-wide best practices in the world of third-party reproduction using assisted reproductive technologies. Among them is the requirement that a surrogate’s eligibility to participate in a surrogacy arrangement in New York is conditioned upon her “complet[ing] a medical evaluation with a health care practitioner relating to the anticipated pregnancy,” and “giv[ing] informed consent for the surrogacy after the licensed health care practitioner informs [her] of the medical risks of surrogacy including the possibility of multiple births, risk of medications taken for the surrogacy, risk of pregnancy complications, psychological and psychosocial risks, and impacts on [her] personal li[fe].” Family Ct Act § 581-402 (a)(4)-(5).

These medical evaluations are required by the fertility clinics that carry out the medical procedures that facilitate the surrogacy arrangement as part of their industry-mandated rigorous screening processes. The screenings include psychosocial evaluations of all parties to the arrangement (i.e., the surrogate, her spouse (if any), and the intended parents), not just the surrogate, and often entail a joint counseling session among the parties in which they are all required to discuss complicated emotional issues such as pregnancy termination. At the conclusion of the evaluations medical and psychological clearance is given (or not) before the surrogacy may proceed.

As New York begins to employ the CPSA, family law professionals who venture into the world of surrogacy should consider that the time the parties sit down to draft and negotiate the surrogacy agreement they will have already emotionally invested in each other, devoted enough time and energy to be committed to the process, and have a sense of common purpose. Time will tell whether or to what extent potential conflicts are realized and how they will be resolved. For now, independent counsel to surrogates and intended parents should prepare and protect their respective clients and their clients’ respective interests, but also be mindful of the sanctity of their unified front.
www.twitter.com www.facebook.com www.linkedin.com